Avoiding the 5 Barriers of Self-Acceptance During College Admissions

On last week’s blog, we talked about the importance of self-acceptance in college admissions. It starts with your college-bound teenager accepting themselves. Today, I want to share the 5 barriers of self-acceptance that you want to avoid.

Self-acceptance is a powerful tool, but there are 5 barriers of self-acceptance that can be harmful to its materialization. The key is to know what they are and know how to look out for them.

1. Comparison is the Thief of Joy

“Comparison is the thief of joy.”

Think back to when you were a teenager and how your relationships with your friends and siblings were. Even though you were completely different from one another, you were still compared to one another by your parents, teachers, and even yourselves.

When you start comparing yourself with others, it typically doesn’t end well. Sometimes, self deprecation and even toxic jealousy creep in. No one can be you. You win just by being you, every single time.

Parents: are you comparing your children to one another or to other students in their schools? Or are you joyfully celebrating their individualism?

One of my students applied for and got accepted into Princeton. When he left for college, he left excited that he had reached one of his greatest goals. He certainly was a shining star student. But when he got to Princeton, he encountered the thief of joy. His roommate was friends with Prince Harry. All of the sudden, it didn’t matter to him that he was an Ivy Leaguer. I checked in with him at the end of his first semester, and he kept saying that he felt like a nobody … It broke my heart. Sadly, it didn’t matter to him that he was achieving his college dream. All that mattered to him was that he didn’t have high profile friends like his roommate.

If we teach our children not to compare themselves to others, there is more space for them to be proud of their own accomplishments and potential. We teach them this, by setting an example. If we don’t compare our children to others, they will follow suit.

2. No Judgement vs Total Judgement

When you’re working with your teenager on their dreams, you need to suspend all judgement. Let them explore and dream big with their pair of binoculars. Don’t judge their dreams. Also, don’t judge yourself for their dreams. They aren’t ridiculous. They are dreams, meant to explore a wide range of possibilities.

After you’ve let them dream big and explore what they want to do, give them a magnifying glass to examine who they are. Their dreams need to be authentic to who they are – not to who you are. This is where total judgement comes in… Are their dreams a representation of who they are?

Let me explain how this works… One of my nephews has a speech impediment that leaves him unable to communicate well. It’s difficult for us – his family – to sometimes understand him or navigate his broken language. But he wholeheartedly wanted to be a speech pathologist. While that’s a great dream and we suspended our judgment while he dreamed, we used our good judgement to redirect him into occupational therapy – where perfect enunciation is not a  professional requirement.

Suspend your judgement for the dreaming, but use good judgement to help your teenager plan their steps to achieving tangible goals.

Parents… Have your teenager do this short exercise. Give them a piece of paper, and have them use their non-dominant hand to draw a picture of what their future looks like. Suspend any judgement. This process taps into their subconscious – where their dreams lie. If they are embarrassed, allow them to try it in a safe place – like their bedroom. Sit back for a minute once it’s done. Something will stand out in that picture because it’s a treasure map pointing to their soul purpose.

3. Not Listening to That Little Voice

I worked with a girl whose dream was to work at Disney. When she sat in the interview at Disney, she began to question herself… Is this what I really want? Because she was mature and listened to that little voice in her head, she was able to recalibrate. Sometimes, it takes for the rubber to hit the road before realizing that doing something else makes better sense.

Another student didn’t know where she wanted to go to college. Then she met a college recruiter from a college she had never heard of before. In a normal circumstance, the student might have just walked away and forgotten the encounter, but somehow she felt a connection with the recruiter. After 2 years of running into the same recruiter in various instances, she thought to herself, maybe I should go on a campus tour after all. Immediately after signing in, she was overcome with emotion and her decision for what she wanted was made. It doesn’t make logical sense, but if she didn’t listen to that little voice, who knows where she’d be?

Sometimes, we want to feel wanted. Listen to that little voice.

4. Not Allowing for Small Wins

Another destroyer of self-acceptance is not allowing for small wins.

If I have students applying for a lot of reach schools, I advise them to find an easy, rolling school to apply to. Once they get that first college acceptance, they begin  to ride the subsequent waves of more acceptances and even an occasional rejection or deferral.

One of my student’s grandfathers built a Texas A&M campus in Costa Rica. It was a given that my student was going to get into Texas A&M, but he applied everywhere else just in case…

When he got into Baylor University, he called me happy that a college admitted him. Humble students like him just don’t feel accepted until they are actually accepted by a college. He was in for a big surprise, but I wasn’t surprised when every college he applied to admitted him.

5. Not Looking For Confirmation in the Universe

Sometimes, when you are too close to a situation, it becomes difficult to see clearly. That’s why it’s important to look for confirmation in the universe.

Have you ever asked a parent or friend what they like about you? Their answers may reveal a lot more than what you would have known on your own.

Challenge your teenager to ask the following questions to people that know them well – teachers, family, friends. They should trust these people to tell them the truth.

Be sure to preface the challenge with the warning that they may have their feelings hurt. It also may not feel like positive feedback. And that’s okay. You can always help them find the positive in the feedback.

Another way to find confirmation in the universe is to talk about what your dreams are to strangers.

Before I started Bright Futures Consulting, my husband said “you can’t do this.” One day, a total stranger asked me what I do and so I told them my plans to start my college consulting company, Bright Futures. This total stranger immediately affirmed me – because she could hear the spark in my voice. She told me, “You’re going to do this. And you’re going to be wildly successful in this.”

It wasn’t that my husband wasn’t supportive. It was that he lacked objectivity.

Sometimes, it takes someone with more objectivity to bring clarity to your vision.

I gained energy from that affirmation and here we are 20 years later.

Speak Affirmations Over Your Teenager

If your student is an underachiever, step back and accept them for where they are right now. Speak to yourself and your teenager. I’m not happy, but I’m not going to change you. Accept them and try not to fix them. It then puts the responsibility on your teenager. Your student needs to feel that pressure to mature into an adult.

If your student is an overachiever, speak over how hard they are being on themselves and reassure them that they will be fine.

If you’re struggling to find what to say… How would acceptance look for you? Think of a time when someone affirmed you. What did they say? How did it make you feel?

Conclusion: Avoiding the Barriers of Self-Acceptance

The first step to avoiding the barriers of self-acceptance is to know what they are. Now that you know them, it’s time to look out for them in your life (as well as your college-bound teenager’s life). Guide and coach them when they hit those barriers. In the comments below, let us know how these practical tips of self-acceptance went with your teenager.

What did you learn? What worked? We want to hear all about it!

Are you subscribed to our podcast? It’s Self-Accepted: Guiding Families Through College Admissions & Transitions. 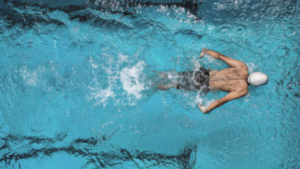 Want to Be Recruited for College Athletics? Start Here! 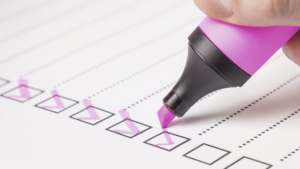 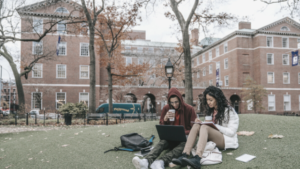 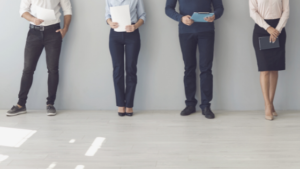 How to Identify and Select Qualified College Consultants 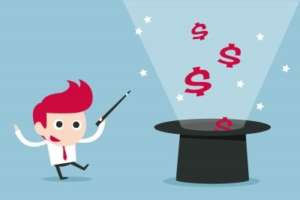 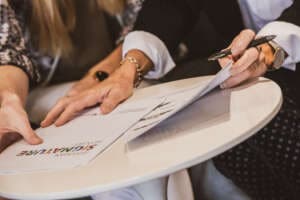 How To Use The Birkman Assessment For College Planning